Bedo Demirdjian and his new home – the Homeland

Amid the pandemic, marches for social issues in the world, and the war on the border of Artsakh and Azerbaijan that started hours ago near the country we are writing this story from, things are happening worth sharing with you.

The multicultural team of COAF has a new family member who passed over 660 miles from Beirut and a long journey as a world citizen to get back to his roots, his new home – the Homeland. This time the trip to Armenia was for good. 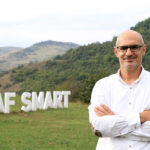 Bedo Demirdjian is the new COAF SMART Business and Operations Manager. Born in Lebanon, he grew up in an Armenian family with a strong connection to its community, culture, and history. “To be an Armenian and to stay an Armenian in Diaspora is an everyday battle,” he says.

Having lived in several countries, including Lebanon, Greece, Cyprus, Netherlands, Germany, the USA, and Belgium, Bedo moved to the Lori region of Armenia to start a new job and settle in the “White House” (this is how the villagers call Bedo’s house) in Debet, the miniature of an Armenian village. 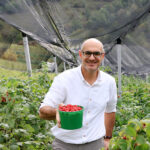 Upon his arrival in the village, the people of Debet would recognize and greet Bedo before he could even introduce himself. “You’re the new SMART Center Manager, aren’t you? What shall we treat you with, Bedo jan?” – the warm-hearted villagers express their enthusiasm every time they see the newcomer who never happened to be a stranger. 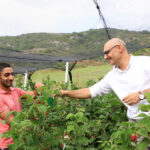 Bedo speaks seven languages – Armenian, Greek, Arabic, English, French, and some Dutch, and German. Among this beautiful diversity, Armenian is the language he thinks in. “Each language is a new worldview and a window to a new culture,” explains the new Debettsi, who is willing to bring the best of his expertise to the advancement of the region. “Armenia is not only about Yerevan – it’s our villages, too.” 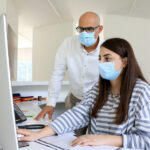 Bedo first visited Armenia and Artsakh in 1993. “That summer strengthened the sense of my identity and belonging,” he remembers the first time being in the country he had learned about through family stories and books, as well as the Armenian community and the school. Much later he obtained his first property,  a piece of land, in Armenia. 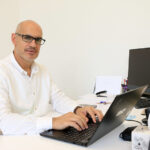 Bedo arrived in Armenia on August 4. At the Zvartnots International Airport in Yerevan, he heard the most devastating and unwanted news of the Beirut explosion. Having left his family back in Beirut, the only thing Bedo could feel was anger, regret, and a sense of guilt for not being close to his family, friends, and the city was in deep pain.

Now,  the family has reunited in Debet. Bedo, Cassia, their daughter Nané, and their son Shant Roupen will be living in a beautiful house settled on the lush green meadows of Debet village. The kids will soon learn Eastern Armenian and attend the most attractive education hub in the region – the COAF SMART Center – to become future SMART Citizens of Hayastan. 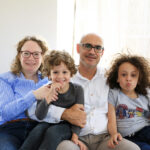 Though 2020 has been a disheartening year, the new chapter in life in the country of his ancestors has been a real ray of light for Bedo. “I encourage those who are thinking of moving to Armenia, to do it in a well-planned way – let it take time, but make sure you establish everything necessary for the sake of your wellbeing. I am grateful to COAF for this opportunity that became the reason for my repatriation.”