The land of inspiration: Dsegh village

There is a place in Armenia that won’t leave you indifferent, where you will listen to all the sounds of nature and won’t get enough of the views, fragrances, and feelings.

The river gurgles over the wooded mountains and hills of Dsegh village, enchanting the area with unearthly magic. No matter what mood you’re in, the area makes you calm, serene, and worry-free. Welcome to Dsegh, one of the most popular villages of Armenia, located in its third-largest province of Lori. 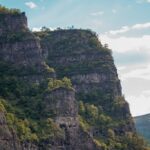 Anush’s stone in Dsegh village (Anush is a character of the namesake poem by Hovhannes Tumanyan). Photo by Harut Chatinyan.

Dsegh is known for its prominent past resident, the “pan-Armenian poet” Hovhannes Tumanyan. These mountains have inspired the great poet to write and turn his feelings to the paper in a way one feels the spirit of Dsegh without being there. Tumanyan has portrayed the Armenian people’s national character with depth and clarity through his writings. His works emit the aroma of the homeland in every place where Armenians live. They are widely read, cited, and taught at schools.

“I spent my childhood in a divine extravaganza. The gorgeous nature of Lori, the breathtaking air, the drizzle of water fountains, the freedom of mountain and village life, the equality in our old village living, where everyone used to live in the same way, eat and drink the same thing together,” this is how the celebrated poet described his home village. Nowadays, his spirit continues to live in the House-Museum of Hovhannes Tumanyan, which attracts tourists from all around the world. 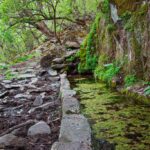 Natural water fountain known as “Giqor’s fountain” (Giqor is the hero of the namesake poem by Hovhannes Tumanyan).

The village itself is located on the right bank of the river Debed. It is one of the oldest populated areas, the mention of which comes from the 7th century. Dsegh claims to have historic places such as The Monastery of Bardzrakash St. Gregory, a former religious complex dedicated to St. Gregory the Illuminator, the first leader of the Armenian Church and patron saint of the Armenian people. 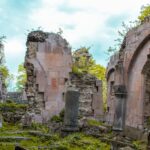 The Monastery of Bardzrakash St. Gregory. Photo by Harut Chatinyan.

The cross-stones found in Dsegh have long been objects of admiration by both locals and visitors. There is also a well-preserved cemetery of 7-13th centuries, where the tombs of the famous Mamikonyan dynasty representatives may be found. 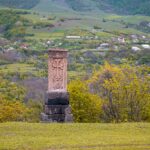 If you need a little hideaway that resembles an emerald green paradise, then the glassy lake Tsover is a perfect spot. The surrounding nature changes the color of the lake from season to season, but the place is charming and impressive all year round. 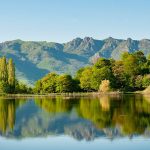 Another attraction is the Dsegh Nature Visitor Center, a relatively new place in the village. The area around Dsegh is indicated as an important bird area by Bird Life International. It is inhabited by globally threatened bird species such as Caucasian grouse, Eurasian griffon, and Caspian snowcock. Lori region offers many bird-watching spots, and the one around Lake Tsover is among the most popular ones.

Dsegh is one of the COAF-supported villages where the youth has great potential and is eager to learn, create, and develop the community.

This village gives one more than enough but one can hardly get enough of Dsegh.