Five families from Artsakh at their new home

Ten months have passed since the outbreak of the war in Artsakh. Still the war hardly concluded in the lives of so many families. In the aftermath of tragic events, thousands of families lost their homes and loved ones, had difficulty making a living, providing their kids with education, and taking care of their health properly.

These circumstances prompted COAF to step outside of its traditional scope of work and secure permanent housing for displaced Artsakhians. As the first phase of the project, 13 families receive fully renovated and refurbished homes in COAF-supported communities. In June and July, five out of the 13 families already settled in their new homes in Dsegh and Debet villages. The remaining batch of houses will be delivered by the end of the summer. 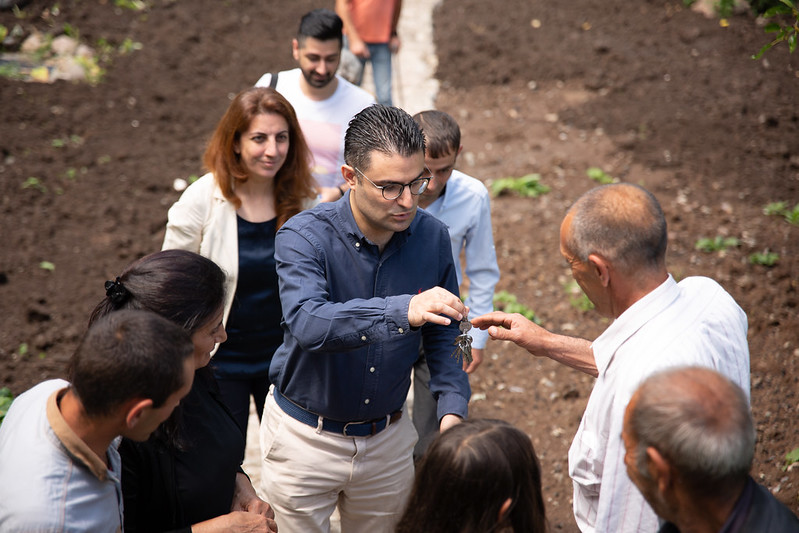 The Madoyan-Sakanyan family has recently settled in a cozy house in Dsegh village of Lori. Months after being displaced from Ishkhanadzor village of the Kashatagh region in Artsakh, the family finally has its own roof where their eight kids can have uninterrupted childhood, without any scenes reminiscent of a bad movie. 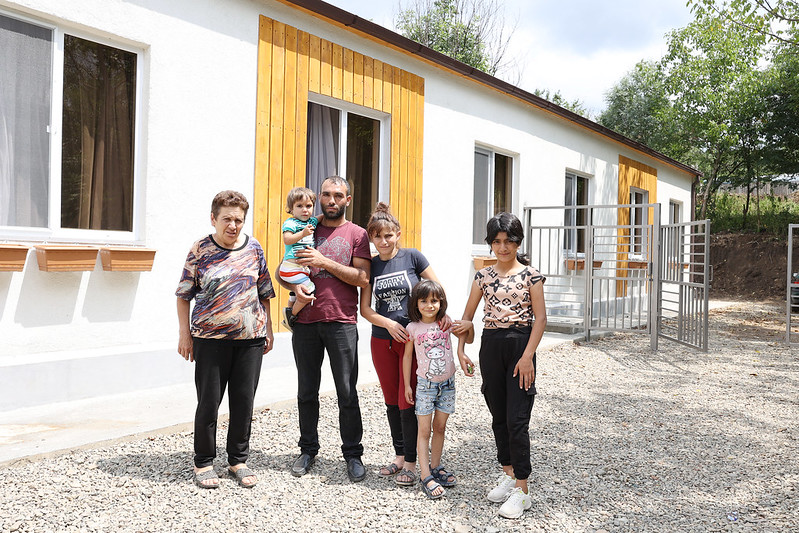 The war is still present in the everyday life of this family: the father and one of the sons fought during the war and are considered missing to date…

Seven children grow up in the family of Danielyans. Displaced from Dadivank of the Shahumyan region, the family lived in the Tavush region in conditions that were far from dignified living. The new place they can now call home has all the necessary amenities: from 24/7 running water and gas to household appliances and items. 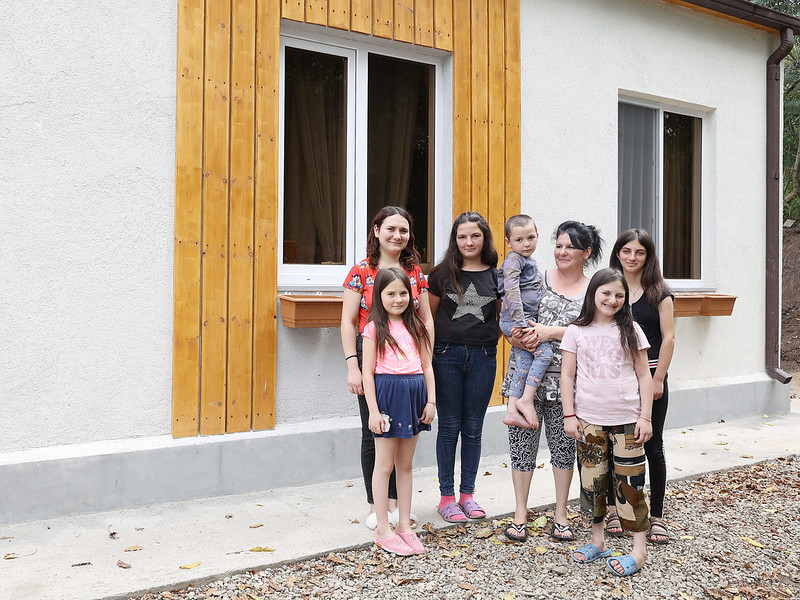 One of the daughters will soon participate in the hairdressing and nail care training in the framework of “Debet Beauty Salon” project, initiated by COAF and the Embassy of Lithuania in Armenia.

Everyday life of Danileyans is again lively and joyous: the mother is baking bread, the young girls do the laundry, the little ones play in their home yard. 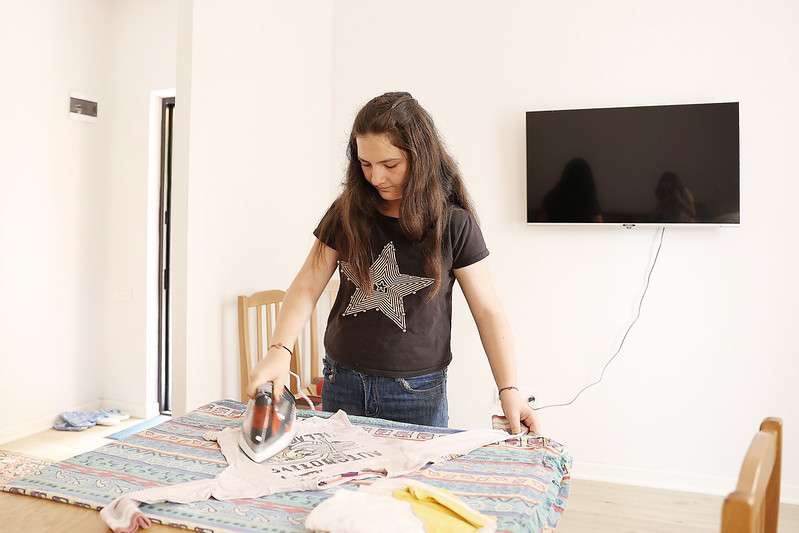 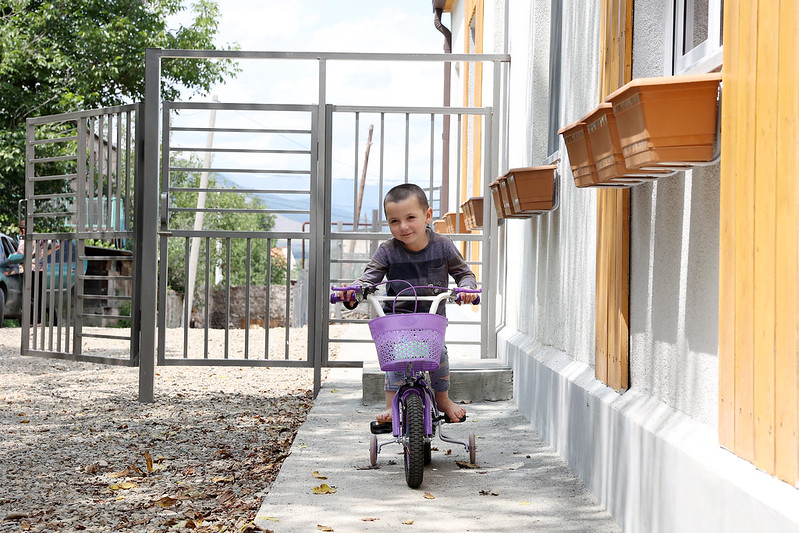 It just so happened that life brought Gayane Chirkinyan, mother of six, back to her hometown, the Lori region. Born in Vanadzor, she lived in the Vazgenashen village of Martuni for 21 years. 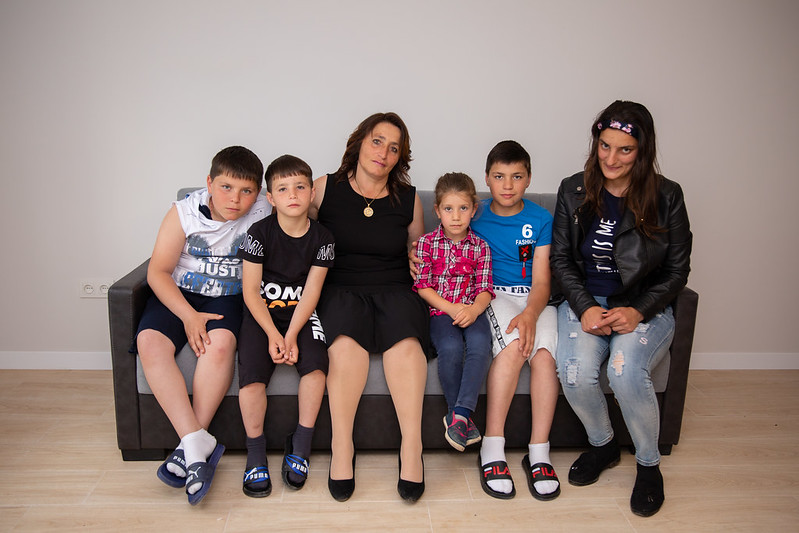 The woman left her two homes in Artsakh and lived in a hut devoid of electricity for four-five months. Mrs. Chirkinyan’s eldest son is currently in the army. The rest of the kids attend the COAF SMART Center, pursue education and socialize with their agemates from dozens of nearby villages.

From Berdzor (Kashatagh region) to Dsegh village, the journey of Aslanyans was a long one too. While the mother takes care of the family’s seven children, the father works in construction to make both ends meet. Their eldest daughter will soon obtain a new profession by participating in the hairdressing and nail care training mentioned above. 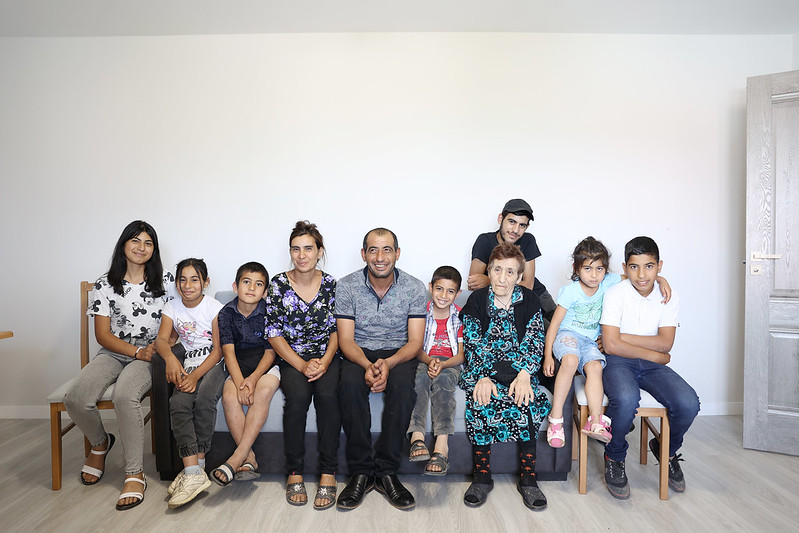 The Margaryans lived in Berdzor for 22 years. Cattle breeding was their main occupation, and it is not by chance that the family used the financial assistance received from the Government to purchase new animals to make a living. 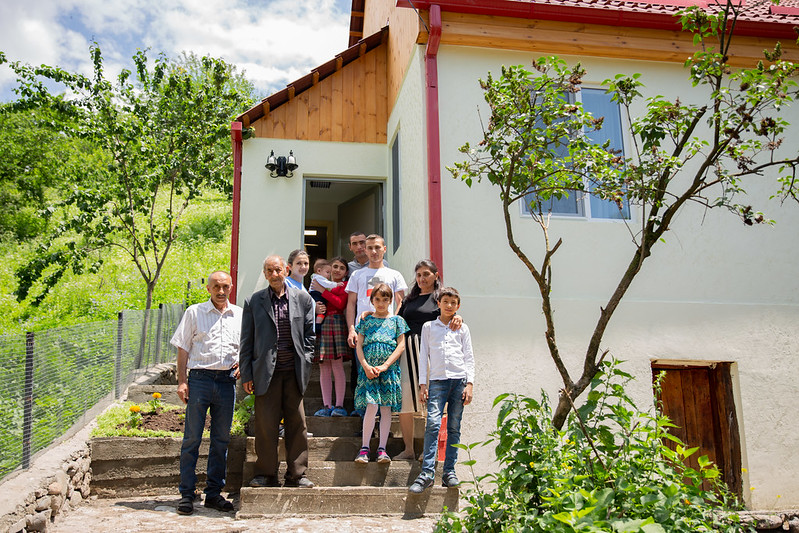 Debet, the first community COAF implements its “SMART Village” approach, is their new home on the map. The house has extensive farmland, a yard, a hencoop, and a bakery. 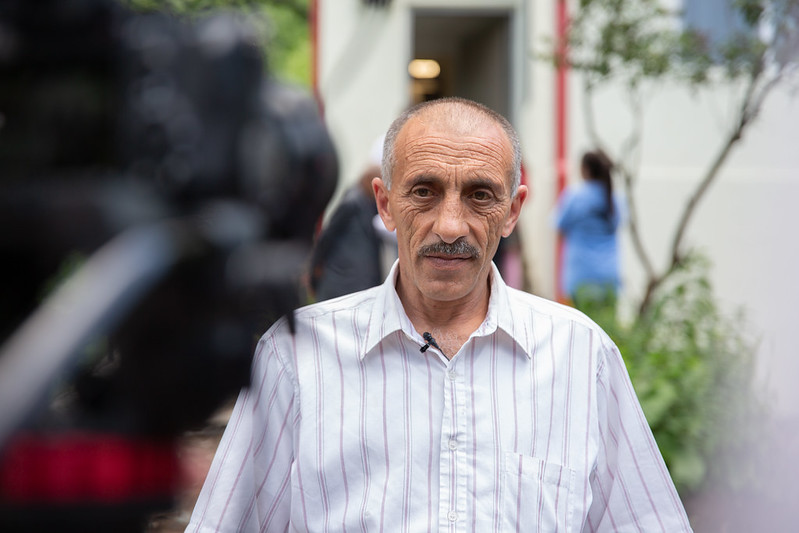 “Hope dies last, but it hasn’t died yet,” says the father of Margaryans’ family.

Get to know the Chirkinyans’ and Margaryans’ moving stories and the upcoming changes in their lives here.