Over 400 guests from around the world gathered at New York City’s renowned Cipriani 25 Broadway in support of the 16th Annual Children of Armenia Fund (COAF) Holiday Gala on December 14. This year’s benefit surpassed previous fundraising numbers with over $6 million raised in support of COAF’s programs in 51 villages, as well as the cutting-edge SMART Center built in the Lori region of Armenia.

The evening was hosted by Emmy award-winning anchor Araksya Karapetyan from FOX 11’s Good Day LA in Los Angeles. Actress Andrea Martin, known for emceeing most of COAF’s galas, was unable to join this year due to a special performance. A personal video message from Andrea welcoming Araksya and guests was shown just before Araksya took the stage. In her opening remarks, Araksya spoke of being born in Gyumri during the Spitak Earthquake of 1988 and emigrating to the US shortly after. She recalled the despair and lack of opportunities and how happy she is that organizations like COAF are opening windows for advancement for the country’s youth.

In his address, COAF Founder and Chairman Garo Armen touched on the reality in today’s Armenia whose leadership is setting a new world standard of high integrity. He spoke of the newfound hope and energy in Armenia, marked by respect and love among the people for their country. Garo Armen emphasized that there is a short window to build on this momentum, making it critical that we invest in the current generation so that they build on the foundations that are rapidly forming.

This year’s Humanitarian Award was presented to Jack and Zarig Youredjian of Los Angeles in recognition of their generous support for various COAF initiatives throughout rural Armenia. Both Jack and Zarig come from families committed to community life and helping those less fortunate. In addition to supporting Armenia, their philanthropic efforts also help the impoverished in Africa and Southeast Asia, as well as the homeless in Los Angeles. In his remarks, Jack recalled how his late mother would visit and live with families who were forced to live in containers in the aftermath of the Spitak Earthquake and how helping those in need is ingrained in his upbringing. 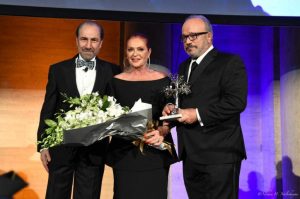 Speakers included Donna Kalajian Lagani former SVP and Publishing Director overseeing Cosmo, Women’s Health, 17 and Global Brand Licensing, who currently oversees the Hearst Foundation. She spoke about her Armenian parents teaching her the importance of family, education and giving back to those less fortunate. Her parents wanted her to live her full potential and that is what COAF is doing for the children of Armenia as well.

Celebrity artist Hrush Achemyan of Los Angeles also spoke on how grateful she is for all that she has accomplished in her career due to the endless opportunities offered in the US. She stressed how COAF’s mission is so vital in providing youth with opportunities for advancement and allowing the new generation of Armenia to reach its full potential.

The evening featured four special guests from Armenia. Seventeen-year-old violinist Polina Sharafyan kicked off the program with a powerful performance, with sixteen-year-old vocalist Kristina Zakaryan performing a heartwarming medley of Komitas songs. Guests also learned firsthand about the impact COAF has made on the lives of two young women from rural Armenia. The first was from eighteen-year-old Sateny Petrosyan from the village of Debet where the COAF SMART Center is located. The teenager, currently participating in a study abroad program in Texas, spoke on how COAF changed her life by teaching her English. She recalled how she would visit the construction site of the COAF SMART Center daily after class and dream of the day it would open and change their lives forever. The last speaker from Armenia was Manushak Avagyan from the village of Lernagog, which was one of the first communities where COAF launched initiatives. Manushak spoke on how she found inspiration in the two female COAF doctors who would visit Lernagog while she was growing up, along with discovering Garo Armen’s work in immunotherapy. This is what led her to become a doctor specializing in pediatric hematology and oncology.

Famous auctioneer Gabriel Butu conducted both a live art auction as well as a live pledge auction. Every dollar raised at the Gala will go directly towards COAF’s infrastructure, education, health, social and economic programs in villages, as well as the COAF SMART Center. 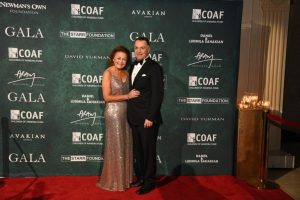 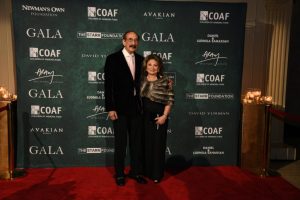 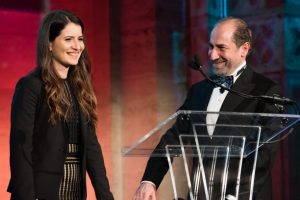 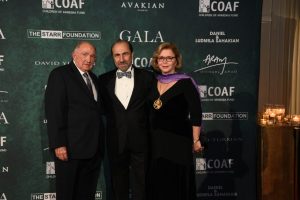 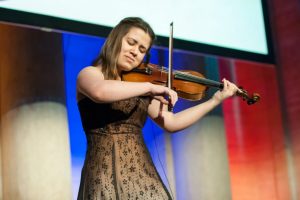 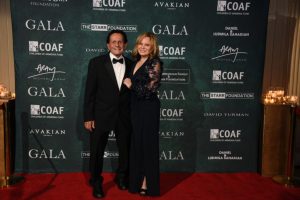 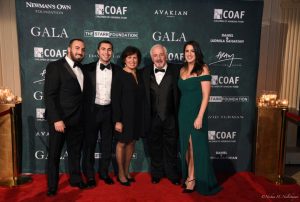 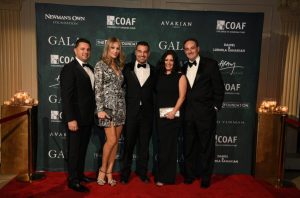 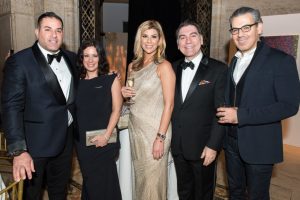