Discussing life as a teacher in Oshakan

Attendees were surprised to discover that Tokhatyan started his career as a teacher of Russian language and literature in the village of Oshakan. The choice between continuing to teach or becoming an actor was one of the most difficult ones for him. “After teaching for a decade, it was difficult to admit my love for theater outweighed that for teaching,” recalled the actor.

Yet in many ways, the ‘teacher’ continues to live inside Tokhatyan, since he never misses any opportunity to engage with children. He recently launched a “smart books” project with friends.

Certain life events aren’t always planned, and this was the case in the career path for Tokhatyan. He recalled how he was encouraged to play a particular role, and after that performance, he became an actor by chance.

Tokhatyan also touched upon the relationship between smart technologies and theater. The actor stated he believes technologies will not negatively impact theater, but rather provide unlimited opportunities and increased creativity. Being on the stage for 43 years, Tokhatyan strongly believes that theater will remain popular as long as humankind continues to peep through the doors and windows of others. 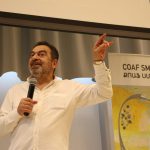 Hrant Tokhatyan speaking about theater, cinema and the roles he played. 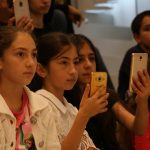 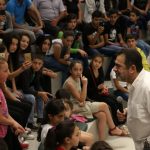 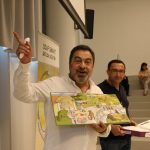 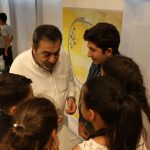 Discussing the topic of the situational improvisation. 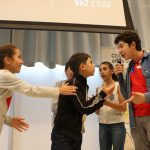 Situational improvisation: a group of actors convincing their colleague to play the role of Pinochio, though he had no idea of the character and had never played Pinocchio. 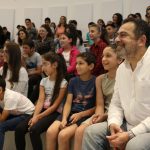 The stage was at the disposal of SMARTpeople. 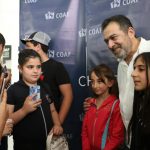