Everything was different for Khanoum Gevorgyan when she started her senior year at Waimea High School, Hawaii. Only months earlier, she had been in Karakert, a stony village in Armavir, Armenia. She had been living there all her life, with no plumeria trees, exotic birds, or oceans.

However, Khanoum had a chance to visit AUA for a few times – COAF Professional Orientation Program organized a study tour for students from Armavir villages. “I thought I would be happy to be a part of AUA, although I was convinced I would never be able to fulfill my dream,” Khanoum says. “I joined Access, and… A few months later the magic happened – I started speaking English! We were able to talk with foreign guests, present our community, and conduct a tour around our village in English!”

Over the time, Khanoum became so fluent in English that she was accepted into FLEX, a U.S. government-sponsored educational program for secondary-school students. Before starting her new schoolyear in Hawaii, Khanoum took part in another COAF project on media literacy for children, polishing up her writing and photography skills. The project resulted in a COAF Media Portal – an online platform for kids to post or share their stories. While being in Waimea, far away from her community, Khanoum made her contribution to the project by writing a brilliant story on 5 Hawaiian things you can’t find in Armenia. She mentioned the things that had changed her life, such as the Hawaiian educational system, the oceans and plumeria trees.

“But the real change happened in my mind – I turned from an ordinary girl into a confident student,” Khanoum says. “If it weren’t for COAF and Access, I would hardly become the person I am now. When I returned from the USA after a one-year study, I started having dreams in English language… I kept thinking about AUA and I decided to give it a try…”

In 2017, Khanoum took exams and became an English and Communication student at American University of Armenia. “My dream came true. I don’t know yet what exactly I will do when I graduate but I am interested in politics and international relations. I like reading about international issues, but I want to act as well… Maybe I will be involved in peace-building projects. I would like to have my input in the development of Armenia… And I would like to mention one more time that COAF has greatly contributed to my growth. COAF people have been inspiring and encouraging me. It is a bigger investment than renovating schools and other infrastructures.”

In mid-April 2018, Khanoum was among the students taking part in the national movement of civil disobedience in Armenia that led to prime minister’s resignation. In one of her Facebook posts she urges “Armenian parents” not to ever keep young people back from struggling. “Never make us give up, never say “nothing will change,” she insists. “Let us struggle for a better life today so that tomorrow we don’t blame ourselves.”

Khanoum says she has already started “giving back” to her native Armavir region by conducting seminars on human rights for school councils, organizing English-language movie screenings, and coordinating a “community clean-up” running marathon.

One of the recent projects that Khanoum has been conducing is the TEACH (Talk, Engage, Ask, Care, Help) initiative. It’s a series of annual 3-day professional development workshops for preschool teachers. “As a FLEX participant, I had a chance to implement my skills to help people,” Khanoum says. “My friends and I decided to launch this project, targeting preschool teachers because they work closely with young children and will manage to pass on the right values to them.”

Khanoum says she would not ever like to emigrate from Armenia. “Instead, I want to apply my knowledge and skills here,” she says. 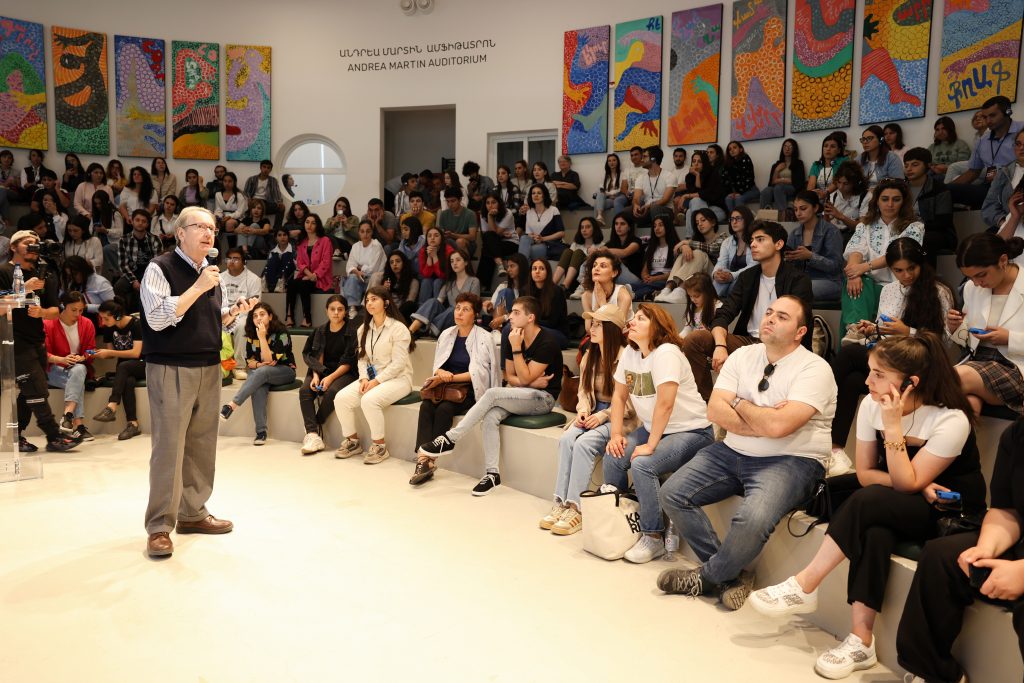 Closer to the stars: STARMUS at SMART 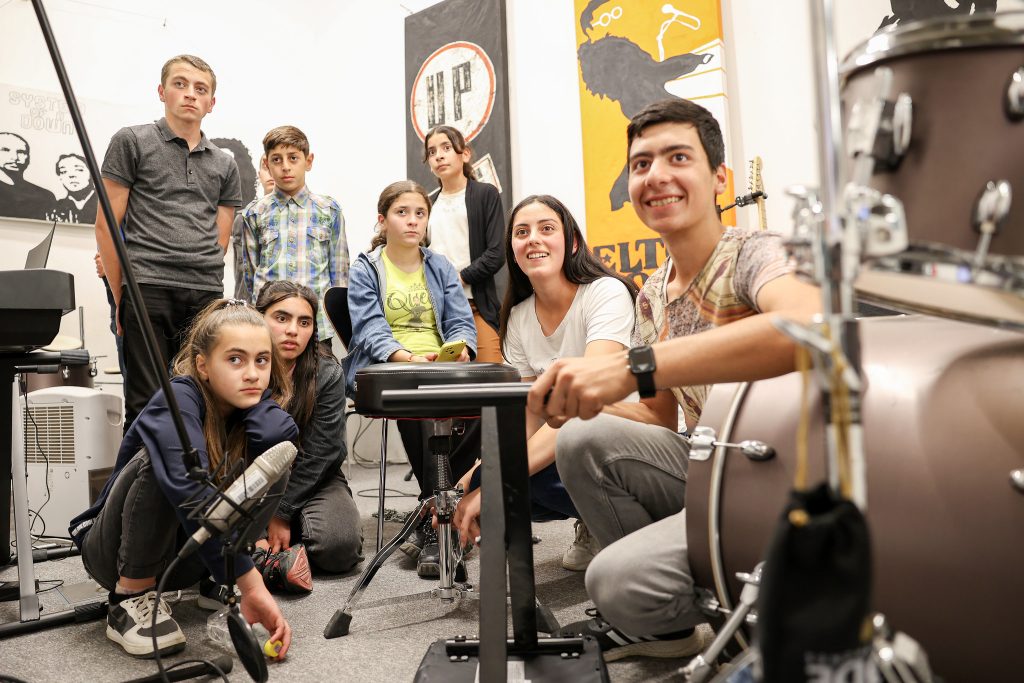 The future foley artists of the Sound Design program