She’s managed to participate in seven programs at the SMART Center, and at the age of 13 she’s already decided to become an actress. Oh, and she absolutely adores animals.

“Besides being an actor, I really want to give performing arts lessons to children, where there is a need for it,” says Araksya Apresyan from Odzun, who manages her own small business alongside being a member of the theater group.

“The farmers couldn’t sow raspberries for a long time,” says Araksya, then smiles and quickly corrects herself, “Oh, sorry, I meant to say plant, not sow. Mr. Suren (the AgriTech Instructor at the COAF SMART Center) has told us a thousand times that you sow the seed, but you plant the saplings.”

Araksya’s next stop in the SMART marathon is the Marketing program, which brings her closer to obtaining SMART Citizenship. 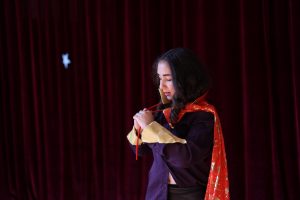 She feels like a fish in water on stage. 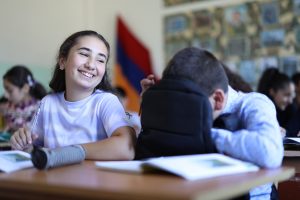 Social science class at the Odzun Village Basic School no.2 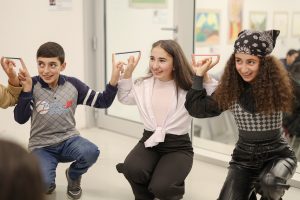 Knowing Araksya, we can safely assume that she will quickly find a way to apply the knowledge and skills she’ll gain through the marketing program. 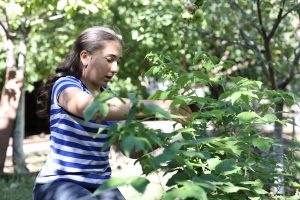 Araksya planted the raspberry seedlings herself, following the guidance of the Agritech program instructor, Suren Harutyunyan. She says that for the first time, after many years of trial and error, they finally have raspberries in their yard. 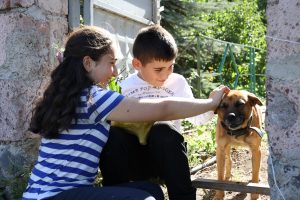 The dog is overwhelmed with love from this brother and sister. 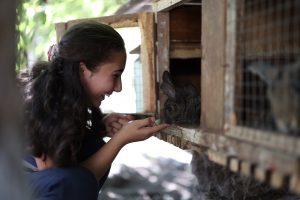 Araksya loves animals but admits that rabbits are a category of their own. She takes care of them as if they were little children. 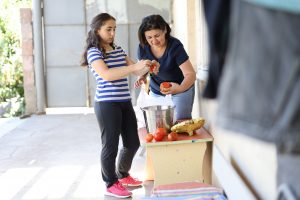 No one’s ever managed to “escape” from Odzun without a goody bag of seasonal produce. 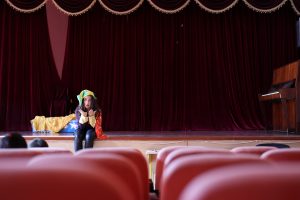 Here’s Araksya playing the part of the fool in Shakespeare’s King Lear.