Arevatsag: the homeland of potatoes and plum vodka

If you have been to Arevatsag (Ghachaghan), you are likely to have heard “ջրչոր եղած ղաչաղանցի” phrase that means the people of Ghachaghan are anhydrous. They say due to the lack of water here, nearby villagers weren’t inclined to let their daughters get married in Ghachaghan.

The village is famous not only for its legends but also for potatoes and plums.

The fame of local plums goes beyond the Lori region. Here people mainly distill vodka from plum and encourage guests to come back in fall, the perfect season for distilling vodka.

It’s been three years that Arsen digs not only his but his co-villagers’ home yards and gardens with modern equipment. 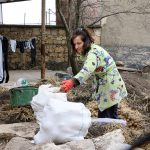 Potato seeds are usually stored underground in winter. Potatoes are poured into a shallow hole, which is then covered with a thick layer of straw and soil. 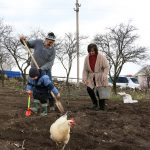 After kindergarten, 4-year-old Alex puts on the rubber boots his grandfather gave him as a present, takes the shovel, and heads to the yard to help his grandparents sow potatoes. 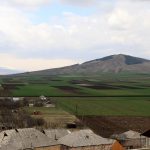 The wheat and potato fields of Arevatsag. Farming is the main occupation here. 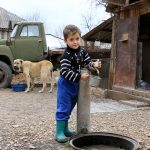 Walter Davtyan prunes the trees under his father’s “strict control”. He says that the people of Arevatsag are more skilled in agriculture than in gardening. 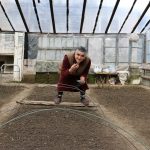 The seedlings grown by 60-years-old Angela Gevorgyan are well-known and demanded not only in Arevatsag. During the Soviet times, she used to grow carnations in the greenhouse. 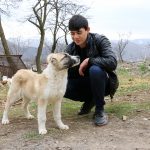 Every village has its dog, what’s more, an Armenian gampr.

Women sort out potato seeds. Mainly females are involved in this work. Seasonal agricultural work is the only employment opportunity for most rural women.

The villagers have been sowing potatoes with equipment for a long time. More people are involved only during the harvest. 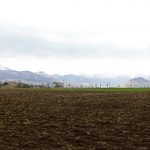 In Arevatsag, people are proud that they do not have a piece of uncultivated land. Moreover, they rent fields from neighboring villages. 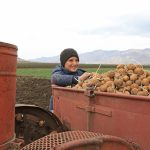 Women are more involved in the harvest. Men, regardless of age, are engaged in sowing. 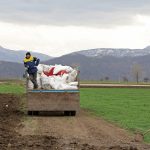 A little break until the next round of sowing.