From Shushi to Tavush: Life on the road

On the seventh day of the 44-day war, when it was no longer safe to take refuge in the forest near Shushi, and it became impossible to provide baby food for the newborn, Mikael Ulikhanyan evacuated his big family from Shushi to Goris. Shortly afterward, they moved to Yerevan and from there to Dilijan.

Today the Ulikhanyan family of seven lives in Aghavnavank village of the Tavush region.

“In Shushi, we had a big house and a plot of land near the house. I set up a greenhouse and a garden where we kept chickens,” says Mikael, who moved with his family to Artsakh in the 1990s from Kirovabad (the historic Armenian town of Gandzak, which is now part of Azerbaijan).

The father of many children assures that their house in Shushi was standing and wasn’t affected by the bombing until the end of the war. Everything created in the last 30 years has remained in Shushi.

At the age of 42, Mikael lost his home for the second time, and today he dreams of having his corner, a small plot of land, where he will be able to plant a tree again and start a wood carving workshop. 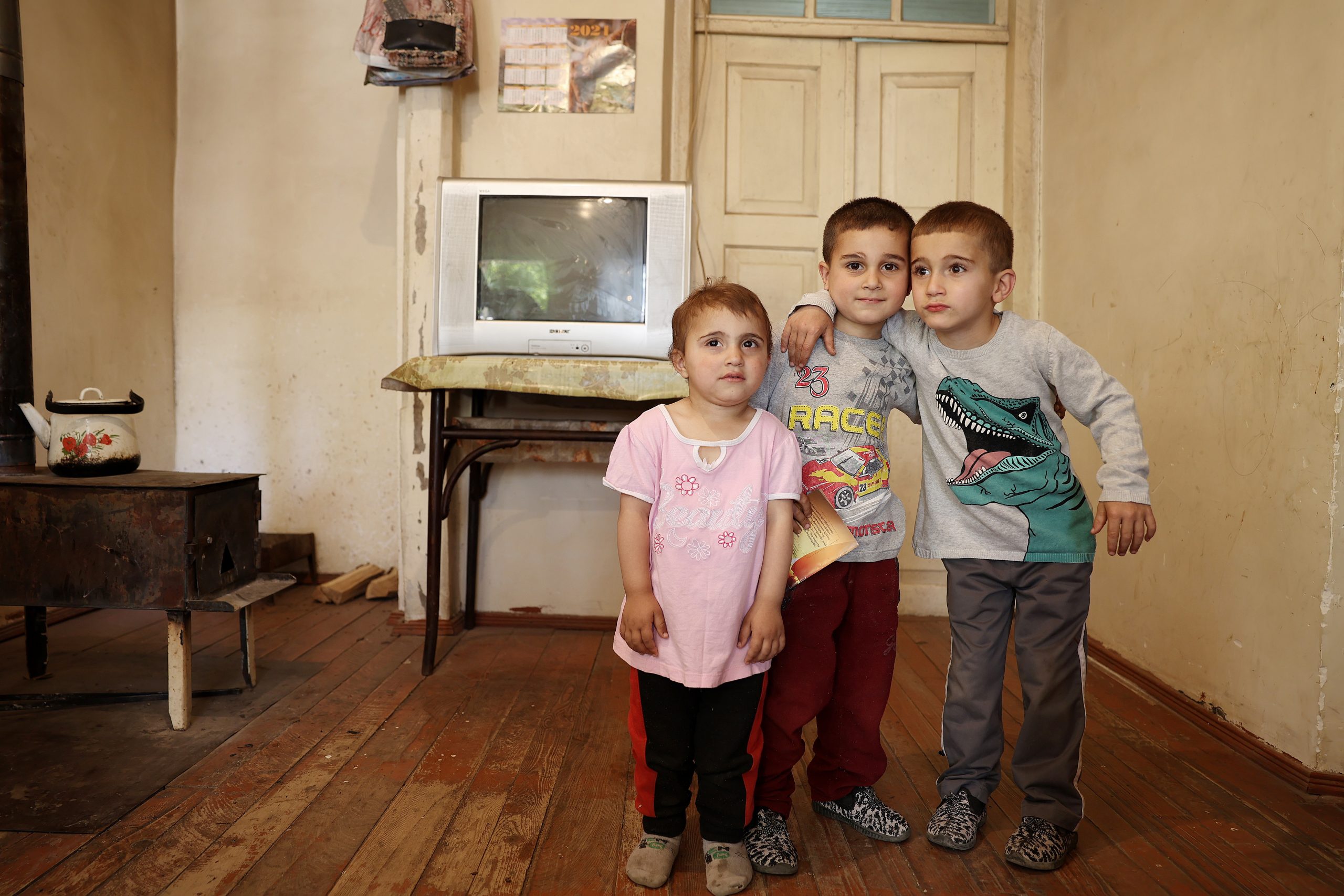 Srbuhi, Pyotor, and Arthur in their temporary shelter in Aghavnavank. In the last six months, they have moved so often that the children didn’t have time to make friends. 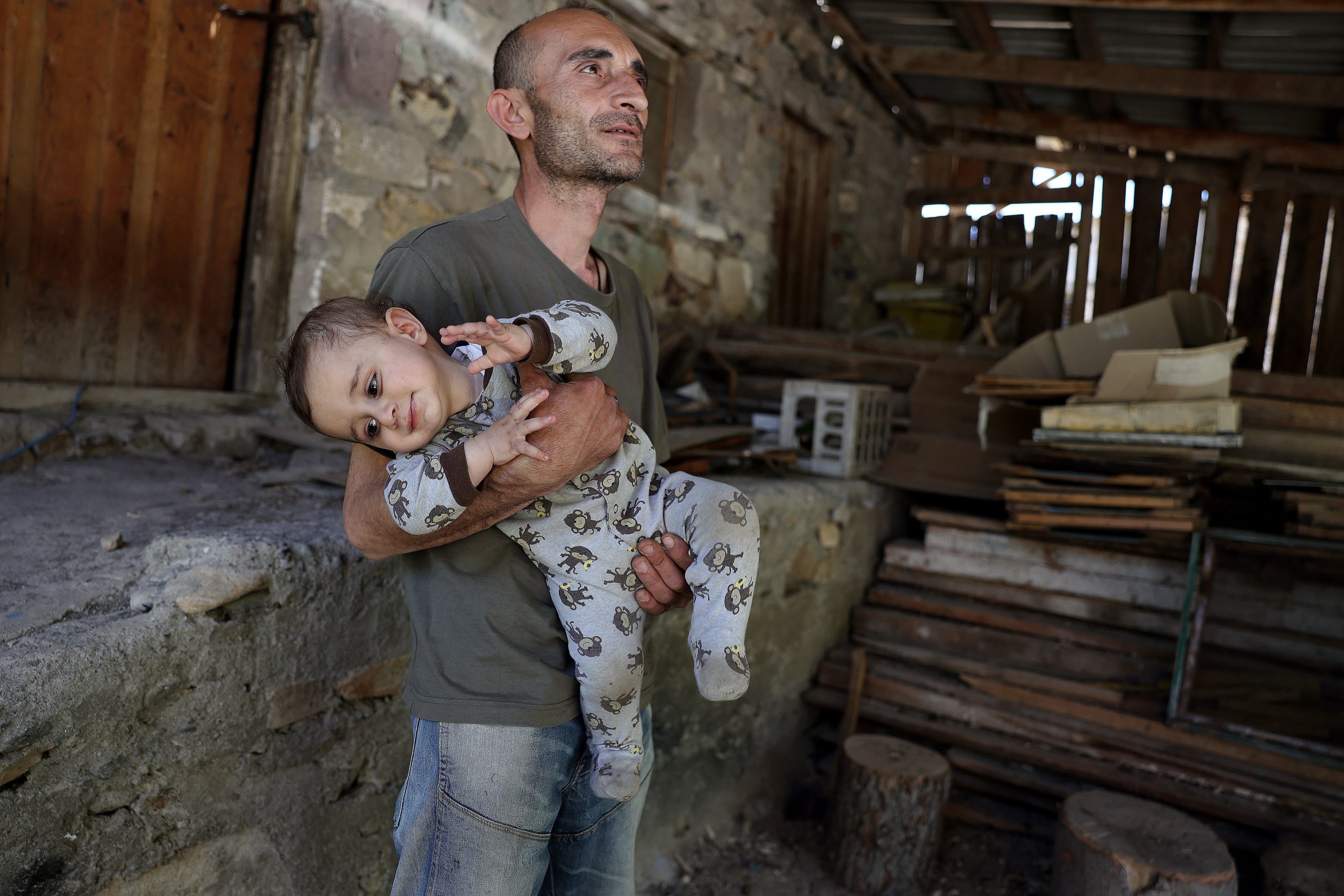 Mikael actively participates in the upbringing and care of his children. Whenever a new child is born Mikael is the one taking care of the others. His wife, Naira, confesses that it’s challenging to take care of five little children without her husband’s help. 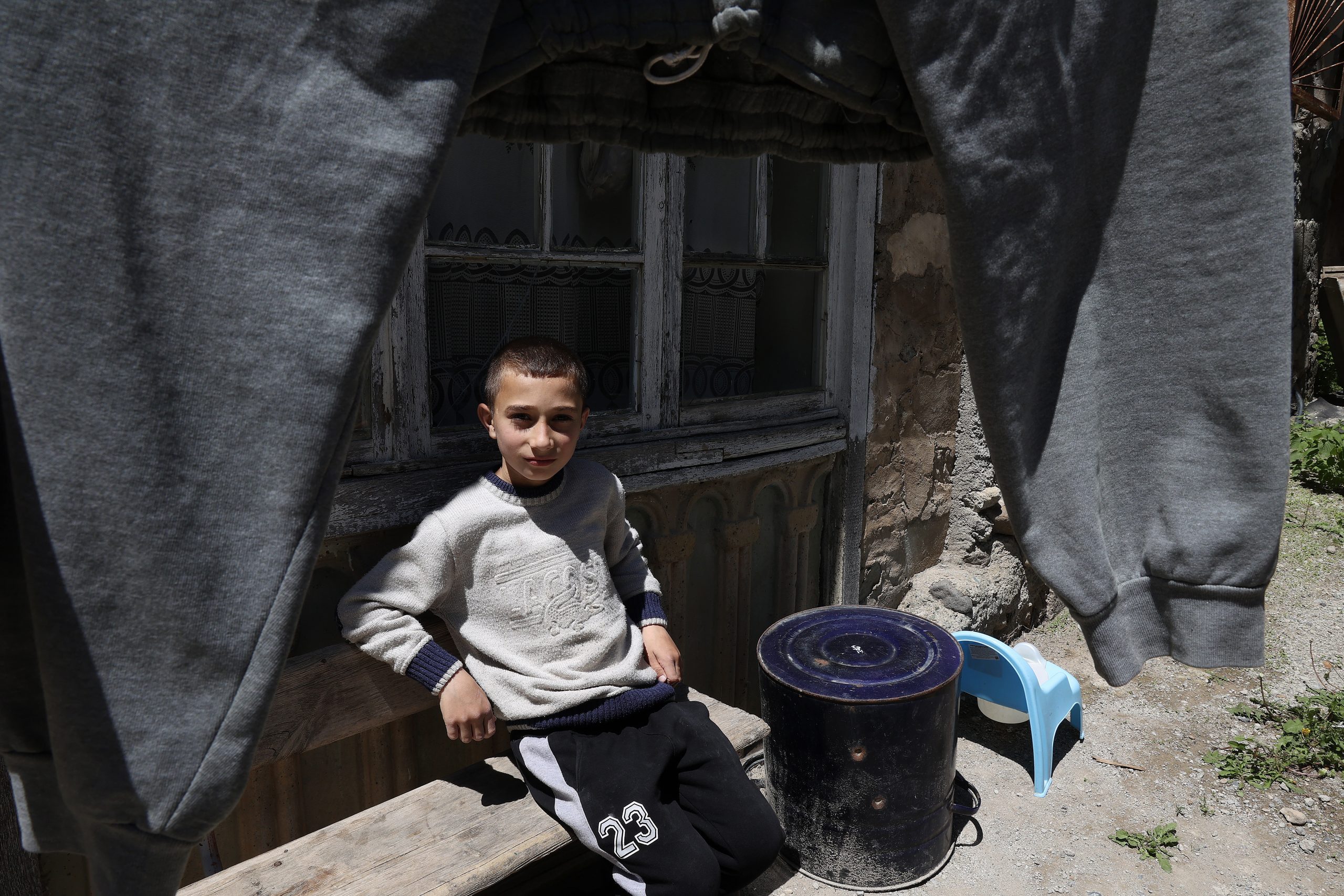 10-year-old David is the oldest of the five children. He wants to learn how to repair cell phones like his uncle. He doesn’t like to talk about Shushi very much. Defeat and the loss of his hometown are hard to process for David. 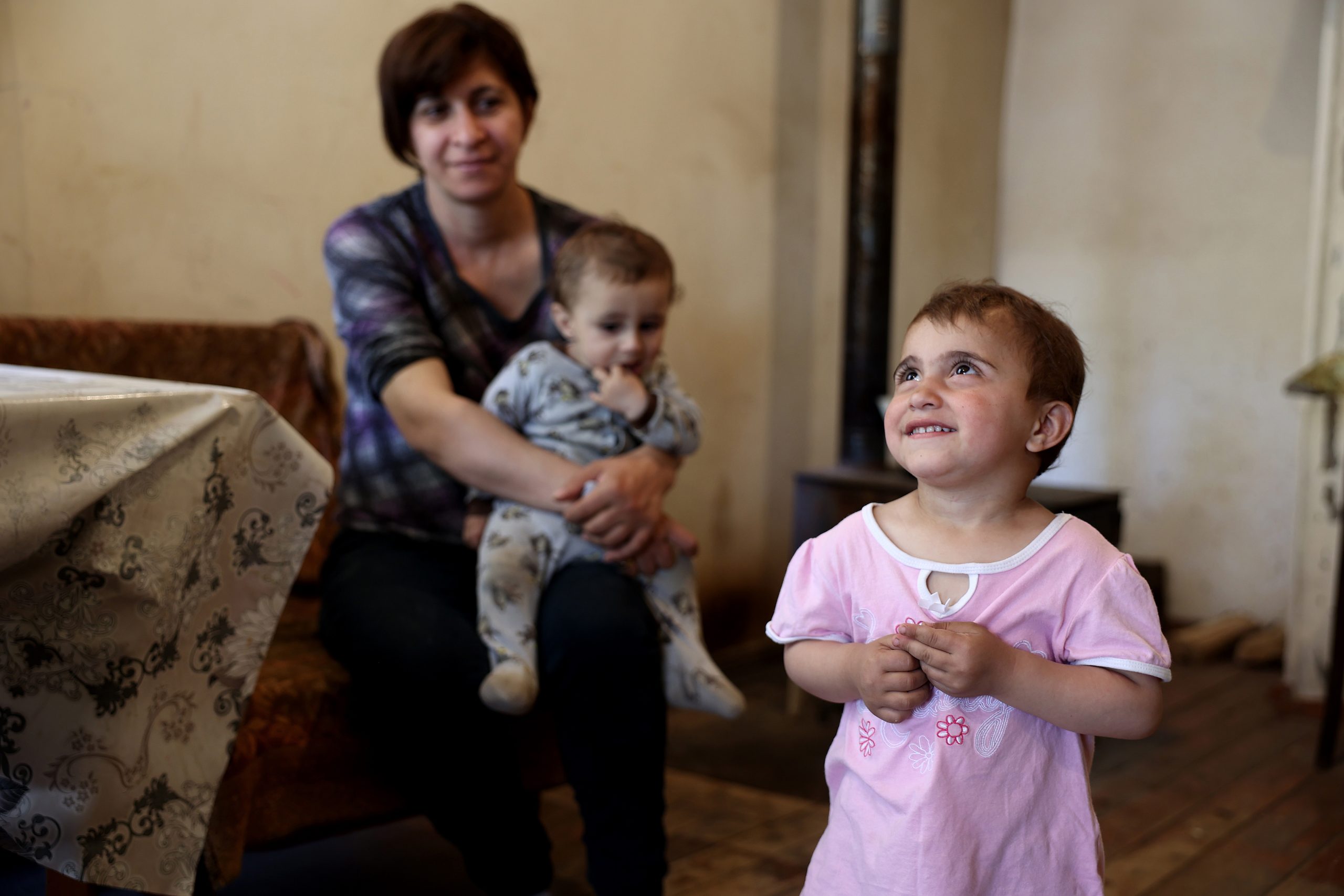 5-year-old Srbuhi is the only baby girl in the house. Since there is no kindergarten in Aghavnavank, her only friends are her brothers. 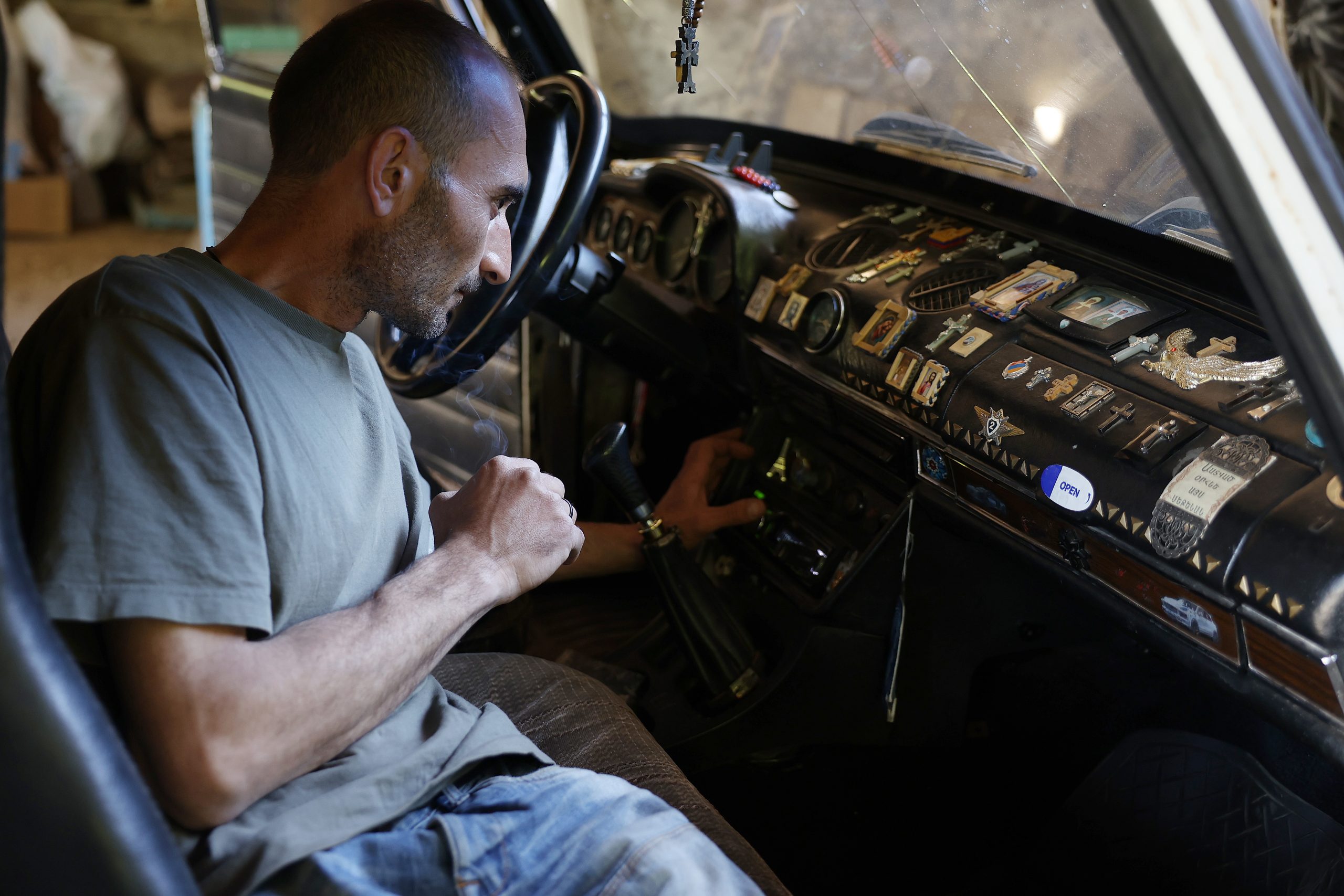 Mikael’s old Zhiguli is like a studio on wheels. In Shushi, he was engaged in engraving making souvenirs. 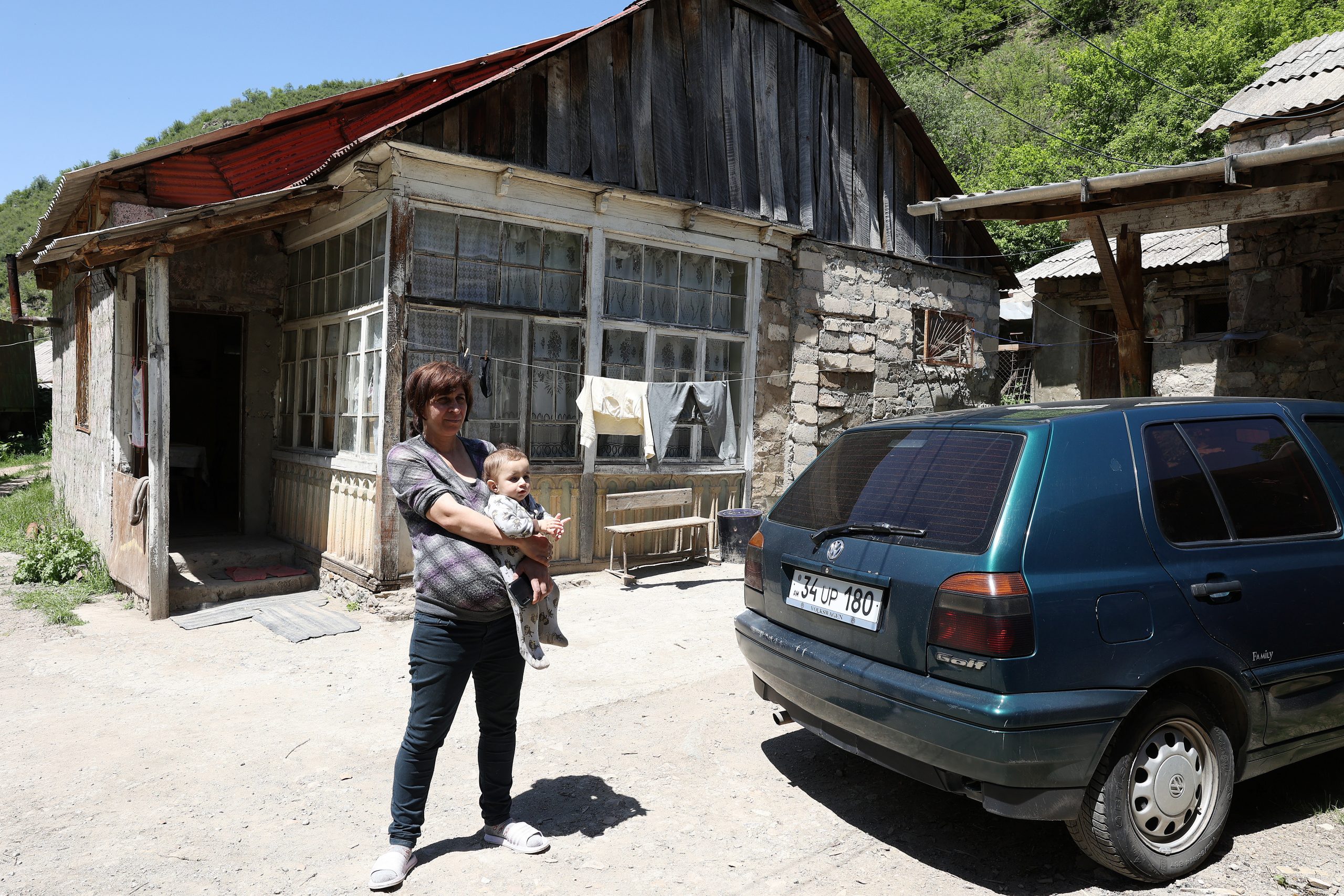 This semi-dilapidated house is another temporary residence of the Ulikhanyans in Aghavnavank village. The displaced family is renting the house. 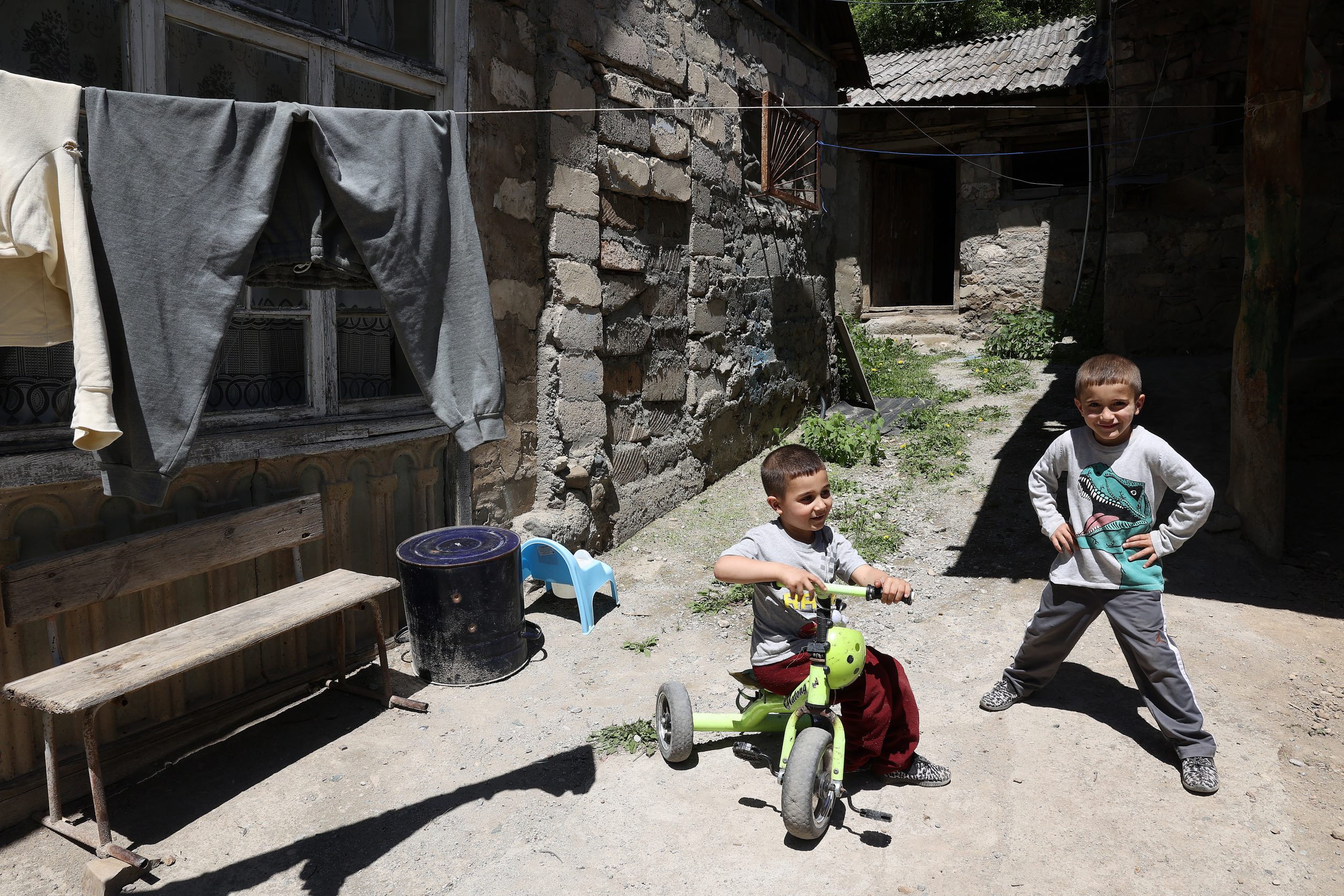 The brothers ride this little bicycle that they received as a gift. Their new bikes remained in Shushi. 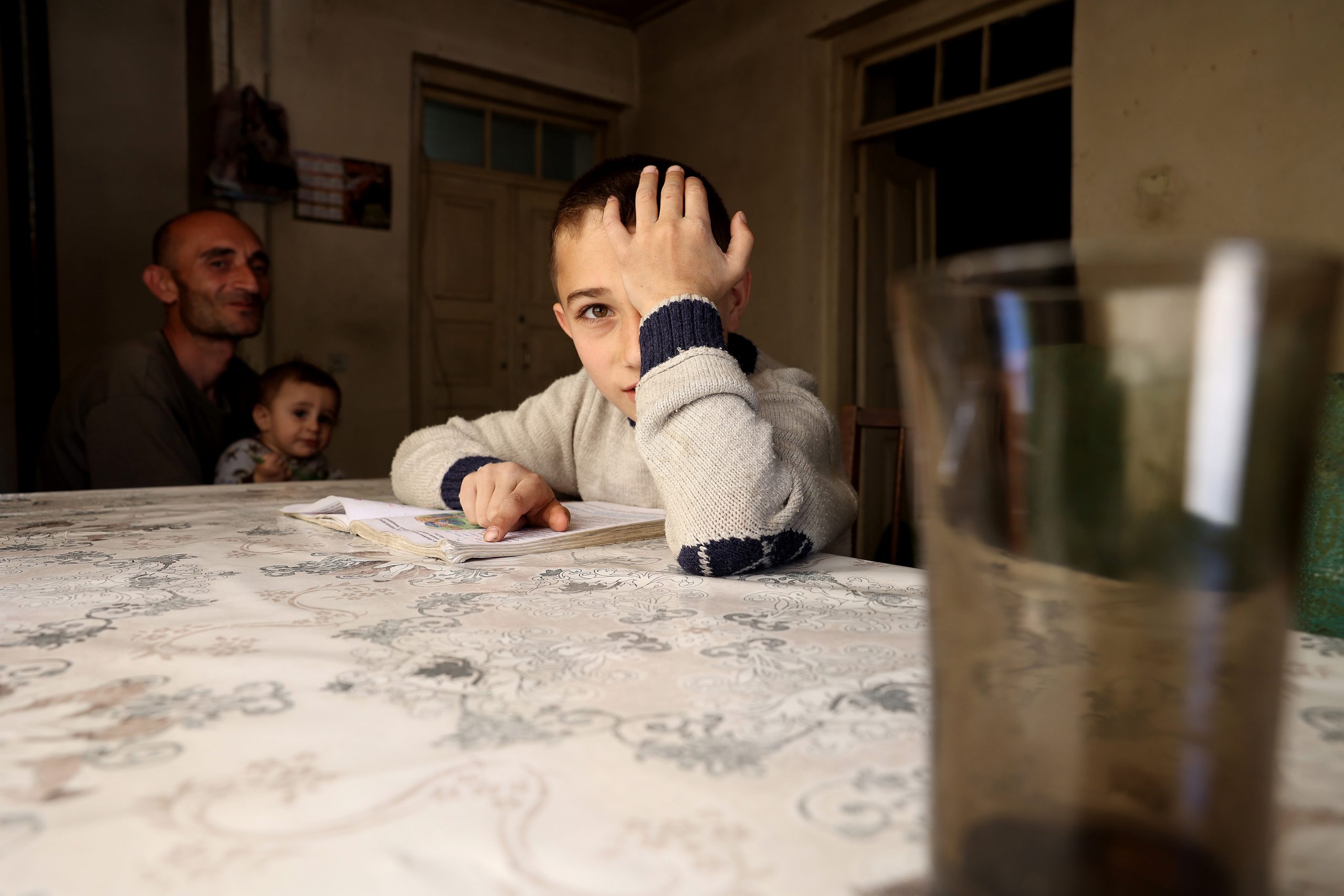 After being displaced from Shushi, David changed several schools and settlements. He will end the academic year in Aghavnavank. 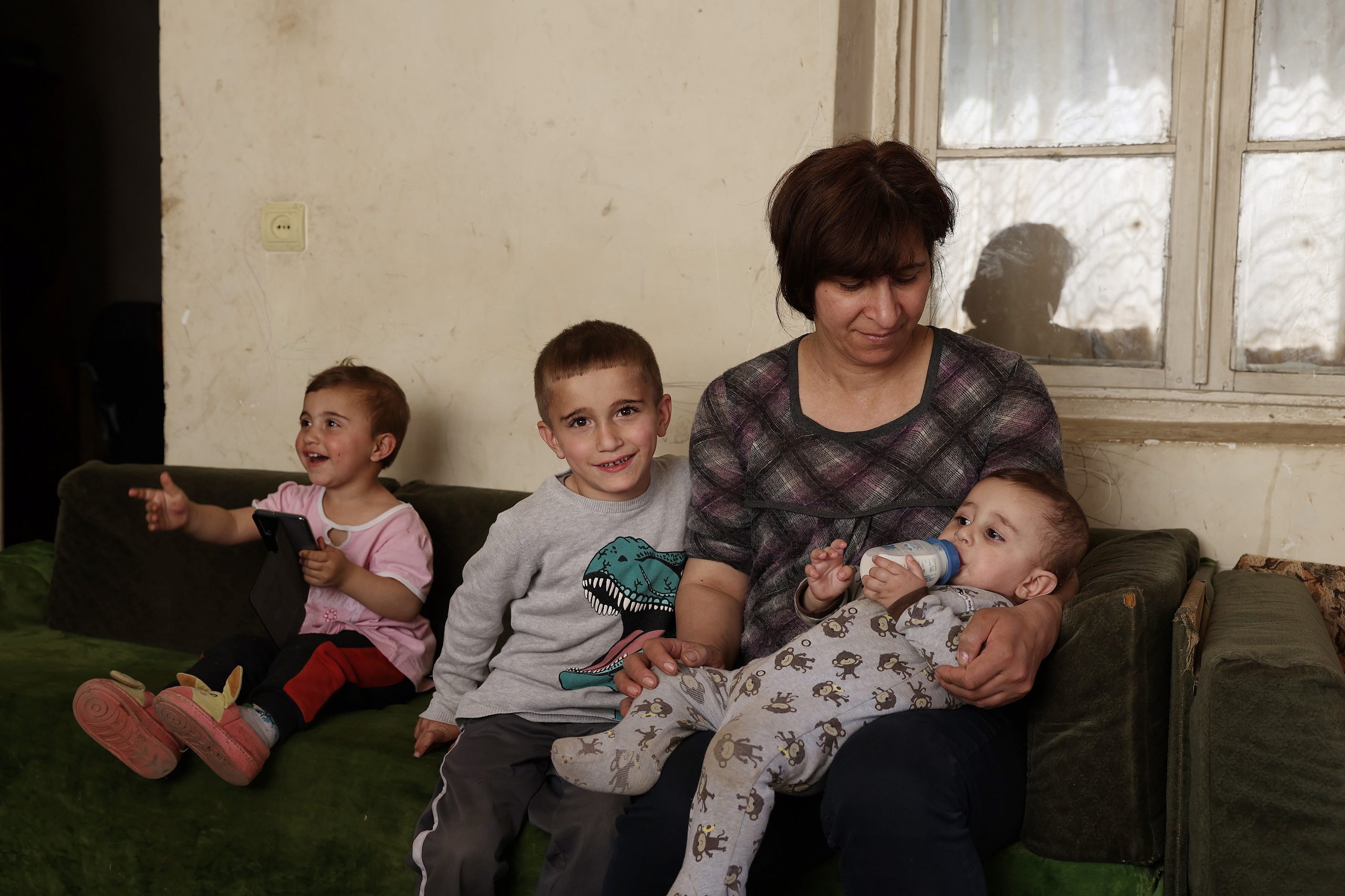 In Shushi, while taking care of the children, Naira managed to help her husband in the studio. She says that she weaved the frames of the pictures of saints herself. 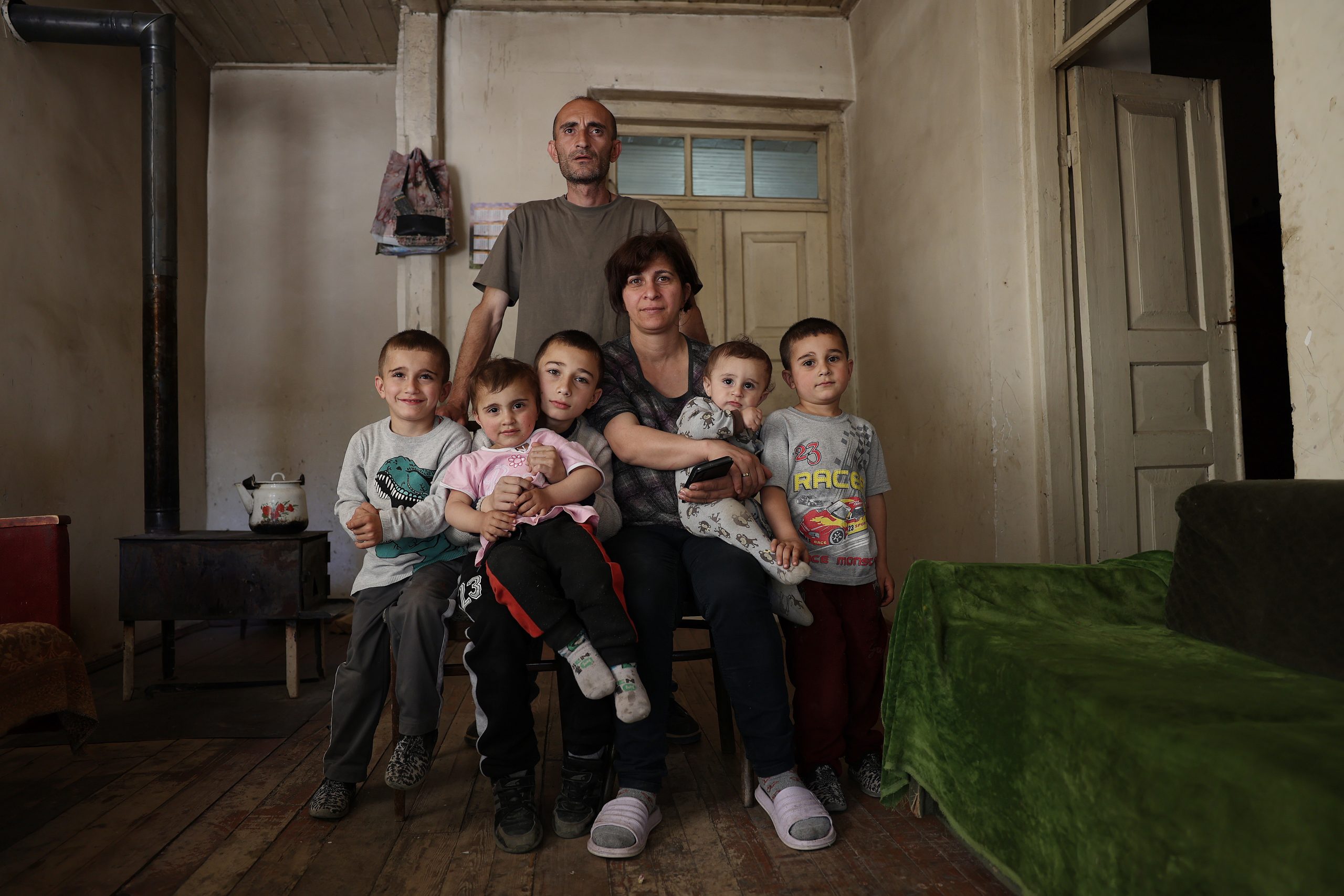 Family portrait. The Ulikhanyans are expecting their 6th child. They already know that it will be a boy. They will name him Artsakh.