The United Kingdom of Marts

They have the most delicious barbecue, but pig breeding has slumped after the last cholera pandemic. They are known as Russian-speakers, but few speak the language nowadays. They count the inhabited houses not by the smoke coming out from the chimney but with laundry spreads.

Welcome to Marts, a village in the Lori region of Armenia. Or, as grandma Olya says, “the united village” of Marts.

Marts is well-known for its legends. According to one of them, a few nearby villages have been established by the people of Marts. Debet is among the latter. Whenever these two villages participate in a competition, the villagers of Marts joke, saying, “The grandfathers play with their grandchildren.” 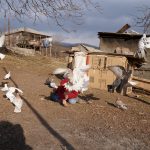 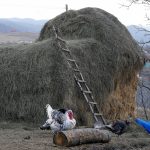 Cattle breeding is the main occupation in Marts, but only 20 percent of farmers go up the maintains. 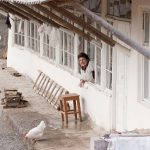 Morning ritual: Aida discusses the latest news with her neighbor. 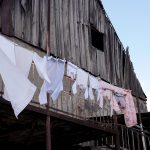 In Marts, laundry spread is a sign of life. 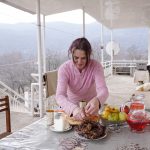 The fresh bread baked by Mariam, the homemade cheese, the sweet sujuk (candle-shaped candy made from walnuts and thickly coated in fruit syrup), and the raspberry compote juice. After hosting you in Marts, people put some of the food for you to take away. 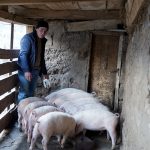 Meet Arayik Amirkhanyan, “the emperor of mountains”. Half serious, half playful, this is how he introduces himself. Arayik is one of the permanent mountaineers of Marts. 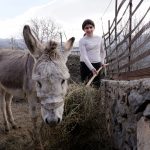 Donkeys and horses and the number one transportation means for the mountaineers of Marts village. 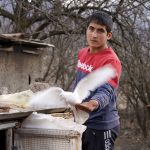 Fifteen-year-old Suren has been engaged in pigeon breeding for two years already. He says he used to have over 40 of them, but he gave many to his friends as a gift. 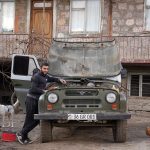 Harout Aleqyan is repairing his Willys. Only SUVs can easily travel through the mountain roads of Marts. 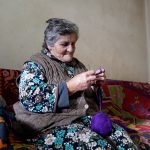 Seventy-year-old grandma Nazik is weaving socks for her sons and grandchildren. She says she used to make them from thread spun by her own hand, but now she has to buy the thread from stores. 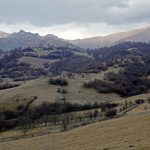 The mountains of the “United Kingdom” of Marts. 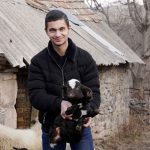 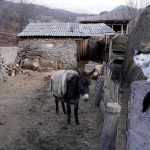 A postcard from Marts village.