The hospitable villagers of Yeghegnut

As soon as you step through the gate of one’s house in Yeghegnut village of the Lori region, the landlord rushes to invite you for a bite or a drink. Want it or not, here people won’t let you leave without a good treat.

Vodka distillation equipment still stands in the yards. It is high time to make apple and pear vodka!

The mountaineers have gone down to the village. The mountains hugging Yeghegnut village are covered with a thick layer of snow.

The grass is piled up, the animals are in the barn, the firewood is split, and the potato is on the stove…

Unlike other villages, you can rarely spot tile roofs in Yeghegnut. Most of the houses were damaged by the Spitak earthquake in 1988. 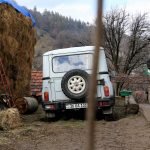 Vardush Arakelyan is about to feed the chicken in her backyard. 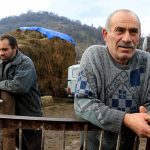 Meet Vazgen Arakelyan with his son, David. Cattle breeding is the main occupation of the Arakelyans. 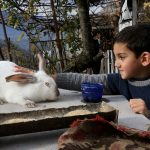 Narek took his favorite rabbit out of the nest to feed it outside. 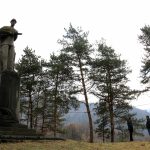 The monument in memory of Yeghegnuttsi martyrs of the Great Patriotic War. From here, the village is in the palm of your hand. 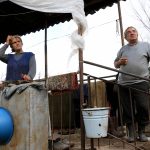 Mambreh and Satenik Davtyan observe the construction of their new-build from their domik (makeshift house). The Davtyans’ house was ruined by the 1988 Earthquake. 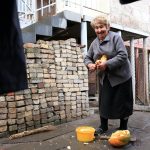 Grandma Dero cuts “the winter watermelon” – pumpkin – for the cows. 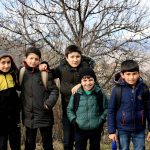 The boys go home after school. 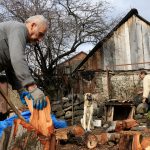 Doggy Ghaytar carefully observes its landlord as he splits the firewood. 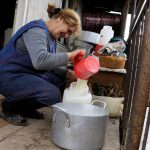 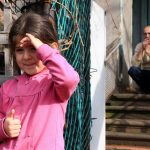 Elen, 5, is looking for his uncle’s kitty. 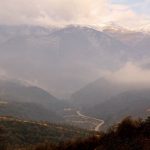