The philosophy of Shahane Halajyan

Behind COAF’s efforts to make Armenia’s villages a better place to live is a big team of believers and doers. Get to know one of them. The COAF SMART Center Education Manager Shahane Halajyan is a longtime COAF family member who has the status of a “landlord” in the most positive sense of the word. She has been with Lori’s SMART Center since day one and cares for it just like a good landlord would do for her home. 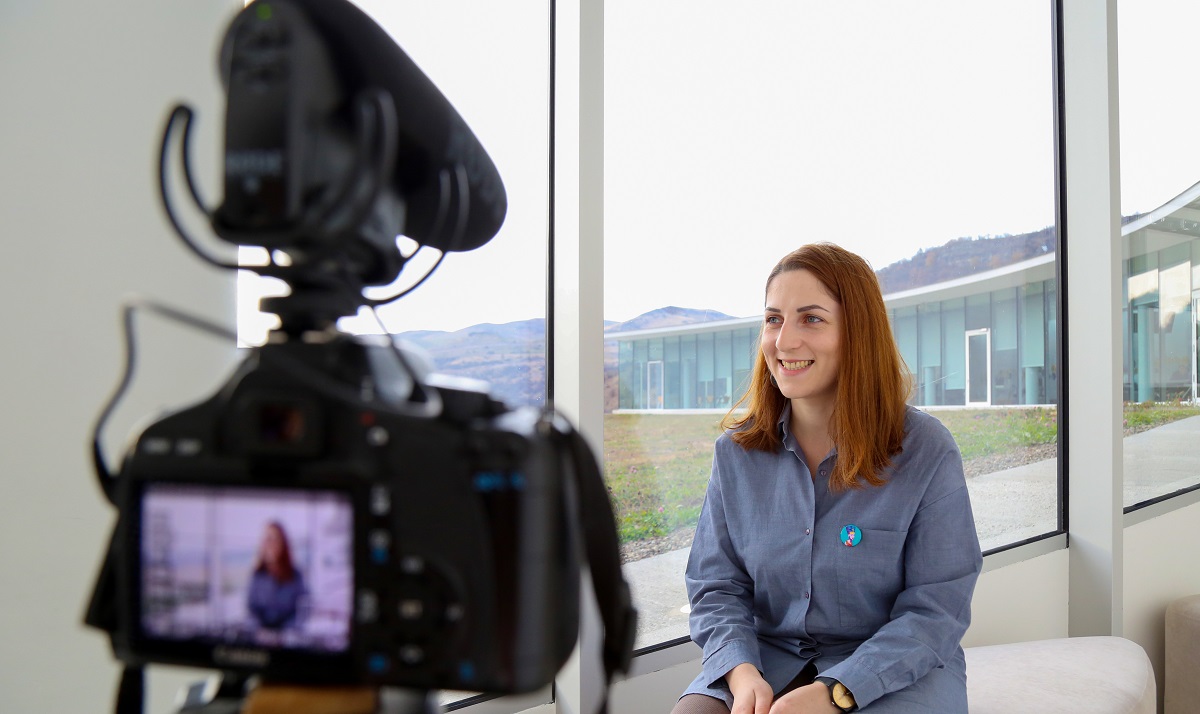 All roads lead to or derive from philosophy. Shahane studied Philosophy for over eight years. “I decided to become a philosopher to understand myself and the world around me. That world kept growing bigger, it turned into a universe, and while I was trying to find myself, I got even lost instead,” she confesses with a smile.

Your tour guide in Armenia

The more you dig into Shahane, the more of her you uncover. The fact that she has worked as a professional tour guide in Armenia for three years, not everyone knows. Her love for history, hiking, and Armenia inspired her to take tourist guide classes provided by USAID while she was studying at Yerevan State University. She traveled all over Armenia and Artsakh, exploring and falling in love with every hidden corner of her homeland.

The Netherlands state of mind

Shahane spent over two years of her Philosophy studies in the Netherlands. Studying abroad has given her self-determination, the ability to overcome her fears, and habits that she maintains to date.

“Whatever role you are given in life, you should try to fulfill it to the best of your ability,” she says, referring to the time she was teaching Armenian Culture at a local Armenian school in Amsterdam. She remembers that the Armenians, who had been in the Netherlands for a long time, spoke Armenian very well, while those who had moved there in recent years spoke Dutch. “Realizing the responsibility of my role, I understood how important it was to prepare for the class by doing the utmost.”

Here too, the former tour guide wasn’t left without a guide herself. “I met the tourists who I had toured in Armenia before. The fact that my Dutch friends became my local guides made me once again realize how small the world is and that everything you do comes back to you.”

Shahane has a decade-long professional input in COAF. “I was about 22 — the youngest in the team — when I joined COAF as the Сivic Education Coordinator.” Years later, when she left to study at Radboud University, she had no idea she would return and continue working for COAF. 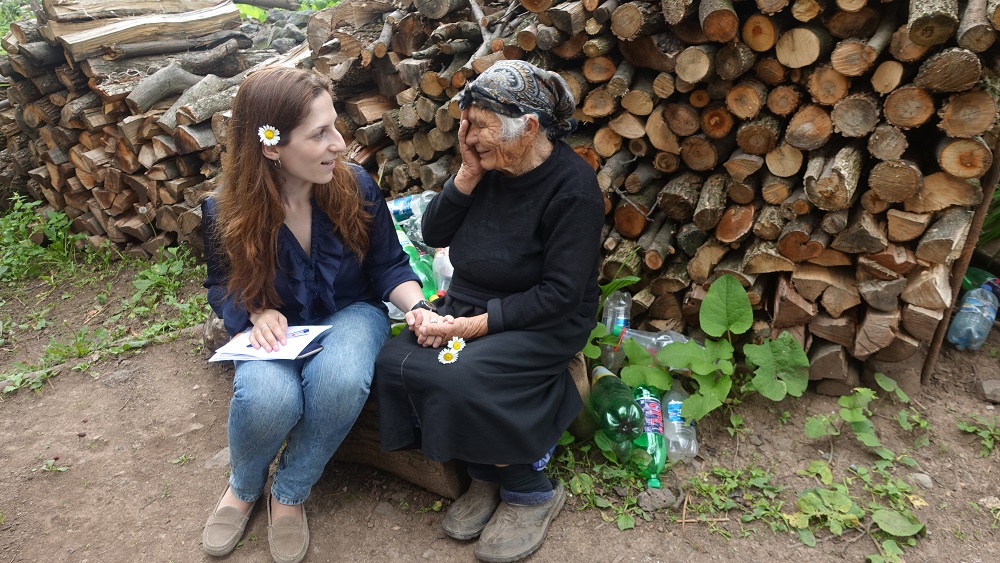 “Once, when I was in Armenia for my summer break, I visited my grandpa’s house in Dsegh village and saw the sign about the upcoming construction of the COAF SMART Center in a place where I had spent my entire childhood, lying on the grass and reading books. Back then, nothing existed there, and all of a sudden, SMART was about to come. Being from Vanadzor myself, I knew how crucial it was for the region.” This photo taken by Shahane on that same day depicts the area where the COAF SMART Center stands today.

The road eventually brought Shahane back to his beloved Lori, where she now leads the educational programs of COAF’s first SMART Center. “Many complain about our current generation, but I think we will have a demanding, enlightening generation that is skilled, informed, and knowledgeable. “The youth that comes out of the SMART center with dreams is the sprouts of that milestone in our communities,” she says.

Shahane believes that education should be upgraded enough to meet the needs of the new generation. “Education is a living organism.” Let’s enliven it.